As my time comes to be blogger of the week for Nynordisk mad,
I am actually travelling in Canada – in the area where Icelanders settled in the “old days”.

So you won´t get any recipes this time:)

Yesterday I had quite a treat – real Icelandic Vínarterta!

And “rúllupylsa” – the homemade version, not the horrible, grayish, pre-sliced stuff in packages that you usually see. I don´t think I´ve ever tried the “real stuff” – not since I was a child anyway – and the pre-sliced stuff is not something I would ever buy. 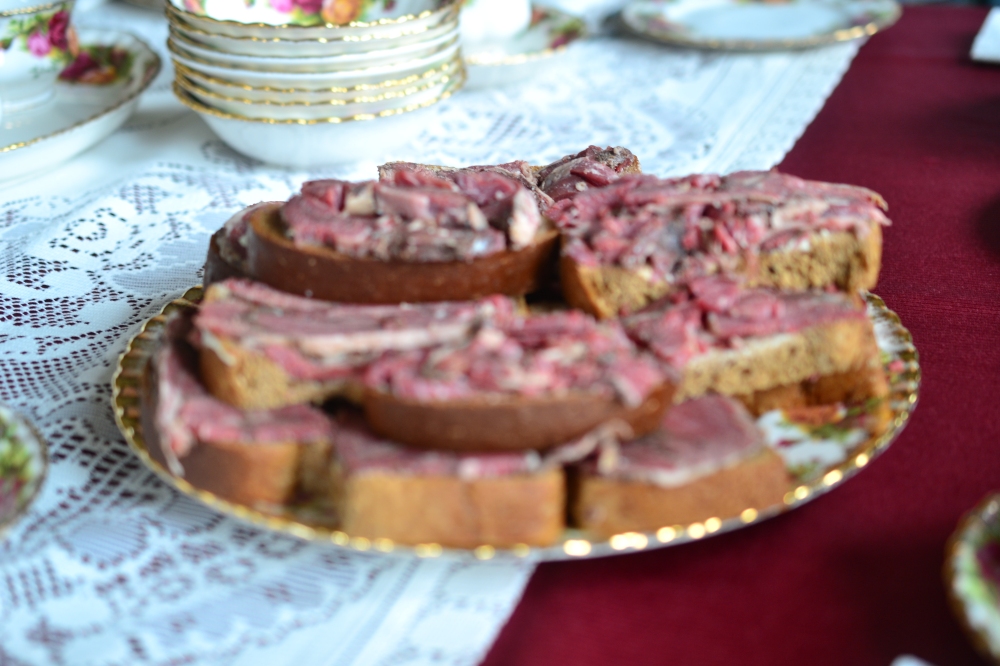 I haven´t had vinarterta either since I was a child.

There are apparently many long debates on how many layers it should have and the exact recipe.
Each family has its own – passed on from their ancestors that moved here all those years ago.

My mother used to make it before Christmas and so did my grandmother.
I remember they made a lot and we seemed to be eating it well into the new year.

In my memory it was harder and not as thin as the one we got yesterday.
I´ll have to ask my mom why hers was always so hard – hope she won´t be insulted!
Maybe that´s just the way “my family” made it?

I guess sometimes tradition lives on longer with those who have moved away.

Last year, we were driving in California.
One of the places we stopped on along the way was Solvang –
a Danish settlement – and you could see clearly that it was Danish!

The bakeries (and there were lots of bakeries!) had all the things you would expect to find in a Danish bakery and more. And in an Icelandic one for that matter. Vínarbrauð (danish pastry), kanilsnúðar (cinnamon buns), jólakaka…. Well….I guess a lot of the Icelandic pastries were passed on from Denmark, and to Denmark it had come from other countries.

Which makes me think – when does food become “traditional”?
How long does it actually have to have been a tradition to get its “citizenship”?

Perhaps that is food for thought.